The perfect course if you own or operate a small acreage property and want to run a small number of livestock for profit or pleasure!

Perhaps you are considering purchasing acreage with a business idea in mind or you could find a small farming enterprise always set up for sale just ready for you to move in and take over?

Develop the skills to manage livestock confidently whilst ensuring their safety and wellbeing on smaller properties. Raising and caring for livestock, even in small numbers, is challenging and rewarding. This course is ideal for the hobby farmer or enthusiast or for those seeking a change of pace or a country life...

Study all you need to know from how to manage the farm as a business, how to ensure the practices are sustainable, how to look after the pastures, know about health care provisions and of course you will study animal husbandry - the everyday tough stuff you will need to know for caring for livestock!

Is it time for you to feel the rewards of having your own small acreage farm?!

2. Animal Husbandry I (Anatomy and Physiology)

COMPLETE THE COURSE WITH 2 ELECTIVES SELECTED FROM THE LIST

You want to study more than two of these electives...? Then why not jump up to an relevant Advanced Certificate instead!

BUILD UP OF PROTEINS

A typical food protein is built up from twenty-two amino acids although this figure can vary from twenty to twenty five. The question you might ask is "where do amino acids come from?". The answer is that plants can manufacture amino acids (and thus proteins) from simple chemical substances which contain nitrogen. Animals cannot do this and must be fed the amino acids in order to build up their protein. We shall look at this in more detail below.

Plants
One of the important systems in the growing of crops is the NITROGEN CYCLE. When organic matter (plant residues, weeds, animal dung, urine, dead insects, bacteria, etc.) are ploughed back into the soil, it is attacked by bacteria and fungi in the soil. This causes the organic matter to decompose and rot down. The protein part of the organic matter breaks down into amino acids and then further down into ammonia gas whose chemical formula is: NH3

An important point to note is that nitrogen is very easily lost from this cycle. Nitrogen is the only nutrient which is lost to the atmosphere in appreciable amounts. This happens when nitrogen is in it's gaseous form, ammonia. Nitrogen is also very easily lost when it is in solution as nitrates. Nitrates are leached from the soil and flow into rivers, causing pollution of water courses. Although much of the blame for this pollution has been aimed at farmers who use artificial nitrogenous fertilizers, just as much run-off can occur from the storage and use of slurry and farmyard manure.

As it is so very easy for nitrogen to be lost from the cycle, farmers should make use of agricultural practices that conserve this vital nutrient. Ways in which the loss of nitrogen can be slowed are found in the table below:

• Collect and use run-off from stored manure.

• Plough and seed wherever possible in spring.

• Sow a legume crop in between main crops to cover the land and to add nitrogen to the soil.

• Do not over-dress the land with artificial fertilizers or manures - this is wasteful. A guide is to
add the equivalent amount of nitrogen that would be produced by 4 cattle per hectare.

• Try to recycle the nitrogen on the farm rather than buying in manure or artificial fertilizer.

• Try to have some land grazed, not ploughed.

• It is easier to conserve nitrogen on a mixed farm (animals and crops) than on an arable farm.

As we saw, previously, plants can take up a simple chemical like ammonium nitrate and build this up, firstly, into very complex amino acids and, finally, into proteins. Plants essentially manufacture proteins.

Generally animals can not do this. The one exception is when the ruminant is fed urea (this will be discussed later). In all other cases, animals are dependant for their needs on plant or animal proteins, break them down into their many different amino acids and then re-build them into different proteins.

Amino acids that are unused by the animal are broken down further and excreted. They cannot be stored in the way fat can be stored in an animal, and, as protein foods are expensive, it is wasteful for a farmer to feed too much protein to his stock.

We live in a society where the pressures of daily living are high with financial expenses, personal and work commitments, and mortgage and rental obligations. Then there are the unexpected life challenges that also get thrown our way. With this in mind the thought of taking on study can be daunting for most people. Here at Learning Cloud we understand that life doesn’t run in a straight line it has many ups and downs.

As an enrolled student at Learning Cloud, you are entitled to access a variety of non-academic support services from the Student Services Unit. These supports are designed to walk beside you throughout your studies they will assist you in life’s ups and downs to provide you the best opportunity to successfully complete your chosen course.

Want more information about financial and student support? Fill out the enquiry form to the right and a study consultant will contact you with the details you need.

How will this course advance my career?

Learning Cloud programs have been developed in response to industry demand and are specifically designed to equip graduates with work-ready skills. Each participant will be trained and assessed in theory and in practical tasks and Real-world exercises are used throughout the program.

Studies prove, time and again, that college-educated workers earn more than those with only a high school qualification. College graduates often enjoy additional benefits, including greater job opportunities and promotions. Though the proof for greater earning potential exists, some might wonder whether the cost of the education warrants the overall expense in the long run.

The National Centre for Education Statistics (NCES) analyses employee earnings data biennially, according to education level. Findings indicate that workers with a qualification earn significantly more than those without. Since the mid-1980s, education has played a large part in potential wages, with bachelor's degree holders taking home an average of 66% more than those with only a high school diploma do. While college-educated workers' wages have increased over the past two decades, those with only a high school education have seen decreases in annual salaries in the same time period (nces.ed.gov).

How else will I benefit from studying with Learning Cloud? 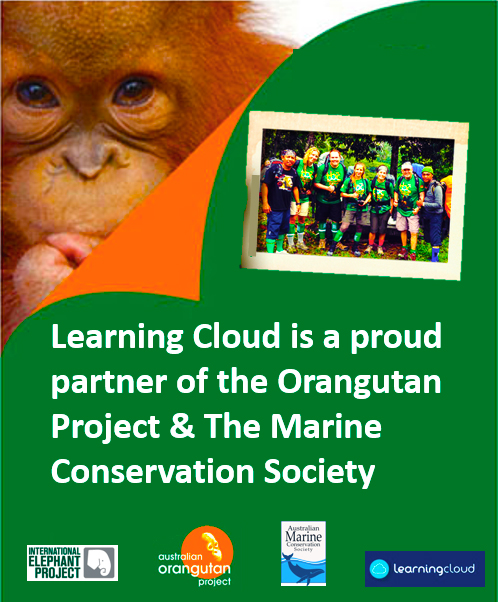